Justin is the pastor of Westmeade Baptist Church in Decatur, AL.

He originally joined the staff of Westmeade as Student Pastor in the Fall of 2012, and was called as Pastor of Westmeade in October of 2018.

Justin has been married to his wife Amanda since October of 2005. They have two beautiful children, Claire and Jax.

He earned his Master’s of Divinity from New Orleans Baptist Theological Seminary with an emphasis in Christian Education in 2004.

Justin has a passion to communicate the Word of God for what it says rather than what we want to take from it. When like-minded Christian brothers and sisters come together to learn, study, and grow in their faith, the Lord is sure to move! 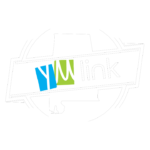